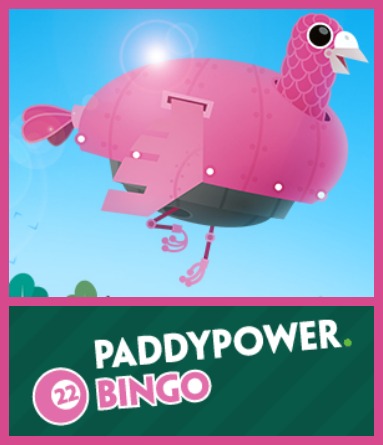 This post has been prompted by Paddy Power Bingo getting in touch with me to say that they had an infographic that they thought I’d like to see and they were not wrong. I had no idea about the history of Bingo and I found it really interesting. I think you will too….

Did you know that Bingo was far removed from the game it is today? That only 200 years ago, the game was used to teach history, literacy and numeracy?

Bingo has a rich and detailed history that spans more than 500 years. Having its roots in Italy, but quickly spreading across the world, the popularity of bingo has never wavered. New players are joining all the time and the demographic has shifted from pension-age to a younger and more diverse crowd.

The game took to the internet age with ease, as online bingo providers spring up almost daily, and firm favourites such as Paddy Power enjoy regular success and publicity with TV spots and media coverage.

I told you it was interesting! I especially loved to read that the highest online bingo payout so far was 5 million pounds….that’s food for thought. I hope that the next winner of a prize like that will be me 🙂

I have to admit though that I’m a bit of a lazy bingo-er and do use the auto-daub option…the reason being that sometimes the tickets are so cheap that you can do loads of them at a time and the option of marking each number off by hand – or should I say click of a button – would be much too difficult. The mere thought of not crossing off a number on one of my tickets…..aagh!! Thankfully auto-daub means that won’t happen…one of the advantages of online bingo versus going to a bingo hall.

I remember one occasion where I won about £27 on an online bingo site and I was so happy. Nothing beats a win! 🙂 I don’t gamble a lot of money though – I tend to stick to a £5 budget but that can get you a lot of playing time if you are careful about which tickets you buy.  I don’t play the game all that often but I love knowing that if I do decide to have a quick game that all I have to do is log-on to a bingo site and there are thousands of fellow bingo players ready and waiting to play the game with me.

I’ve not yet tried Paddy Power Bingo’s site but as they currently have a New Player promotion running where you can get a £20 bonus if you deposit £5  I might just give it a go! You can read more about the promotion and terms and conditions here.

Just in case you’d like to see it – here is there latest advert about the new player promotion. I think it shows what a fun bingo company they are! 🙂