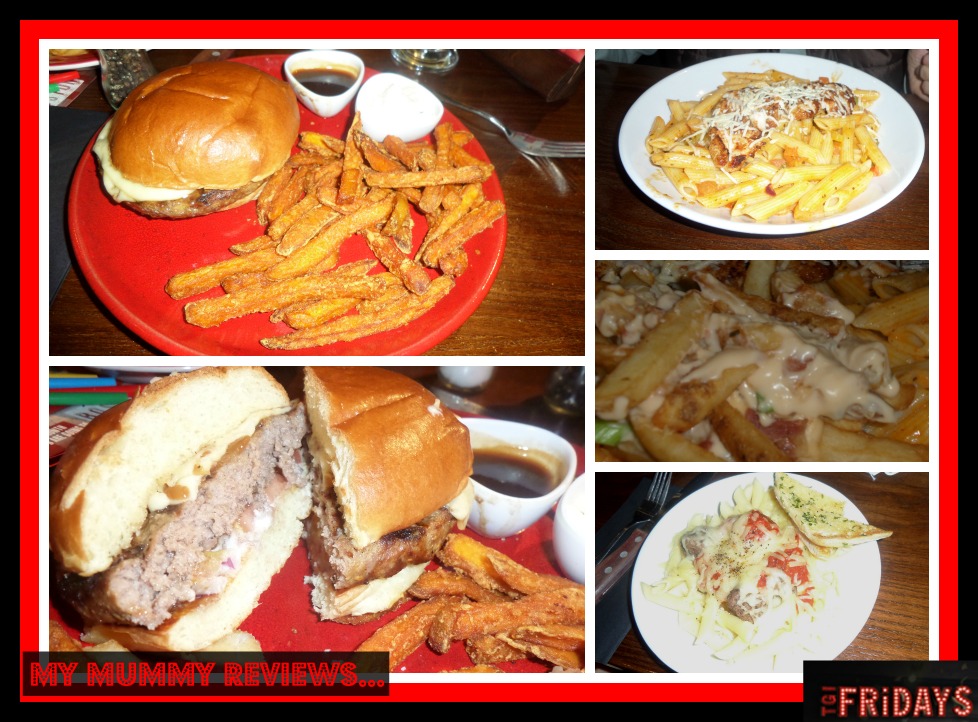 On Friday last week I got in touch with the marketing agency for TGI Fridays to see if they could organise for me to have the opportunity to review the Norwich branch of their popular restaurant. To my delight they said they could indeed sort it for me and they had £50 of vouchers posted to me the very next day!

As soon as the vouchers arrived in my hand on the Saturday morning I was eager to go and spend them straight away!  As it was a Saturday, the Norwich TGI Fridays restaurant was fully booked in the evening which meant I couldn’t make a reservation (I expected no different – this restaurant is extremely popular!) but they did tell me that they have some tables available for people that happen to walk into the restaurant without a booking and wish to eat there that night. They just couldn’t reserve those particular tables as they were for walk-in customers. They said there might possibly be a bit of a wait for a table but I said that would be no problem at all.  They recommended a time to me of 5.45pm as they thought that would be the best time to try and get a table that night, judging by the bookings they already had. 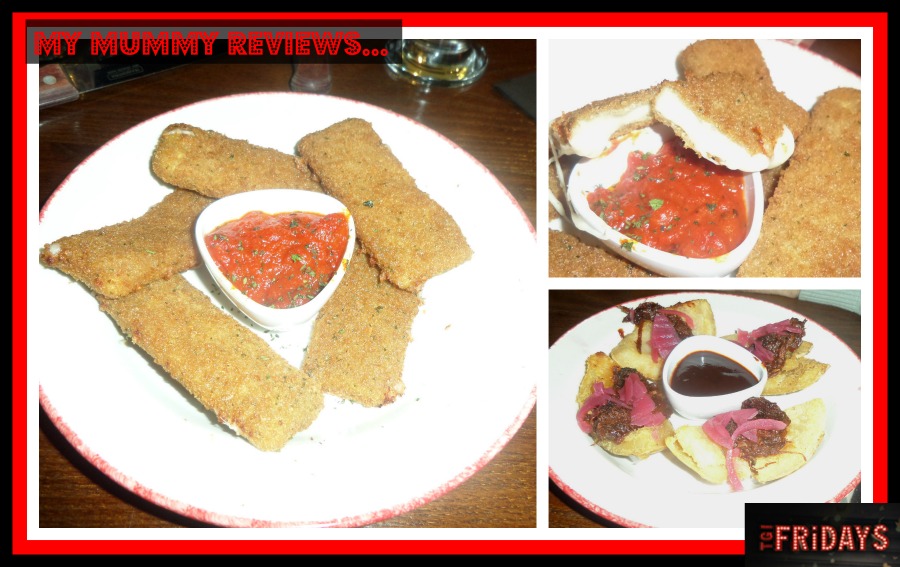 I took my Dad and my daughter to the restaurant. My little girl LOVES TGI Fridays! We have only been there the once and that was last December for my Mum’s birthday…but she hadn’t forgotten how much she liked it, 🙂 We had gone to TGI Fridays for my Mum’s celebration on the suggestion of my brother as he said they celebrate birthdays in style over at TGI Fridays and he wasn’t wrong! My mum was treated to a lovely Birthday song by the staff and everyone joined in with the clapping. It was an unforgettable way to spend her birthday and the staff really did themselves proud. You can’t go wrong with a birthday celebration at TGI Fridays and if you are planning on going there for your birthday make sure to sign up to their celebrations club beforehand so you get to hear about their offers.

So, on Saturday evening the 3 of us arrived at TGI Fridays to wait for a table and we were lucky enough to go straight in and be seated. We had a lovely table and the waitress that served us was so friendly and happy.  She gave us our menus and let us have time to decide on what we wanted to eat and drink

I went for a Tropical Sunshine Mocktail which was pineapple, orange and citrus juices with passion fruit purée and fresh passion fruit, topped with soda, my dad chose a shandy and my daughter had a kid’s size coke which was refillable. You can view the drinks menu here.

It was hard to choose what to have for starters , let alone mains but we got there in the end and this is what we went for. I chose the Mozarella Dippers – 5 Golden crispy slices of breaded Mozzarella, served with tomato & basil marinara sauce – and my dad went for Loaded Potato Skins.

My mozarella dippers were truly delicious! I couldn’t believe that you got such a generous portion. I shared them with my daughter and she loved them. My dad was very impressed with his choice of starter and he said it tasted great. Again he too got a generous portion. There were 4 loaded potato skins and a bowl of barbecue sauce. 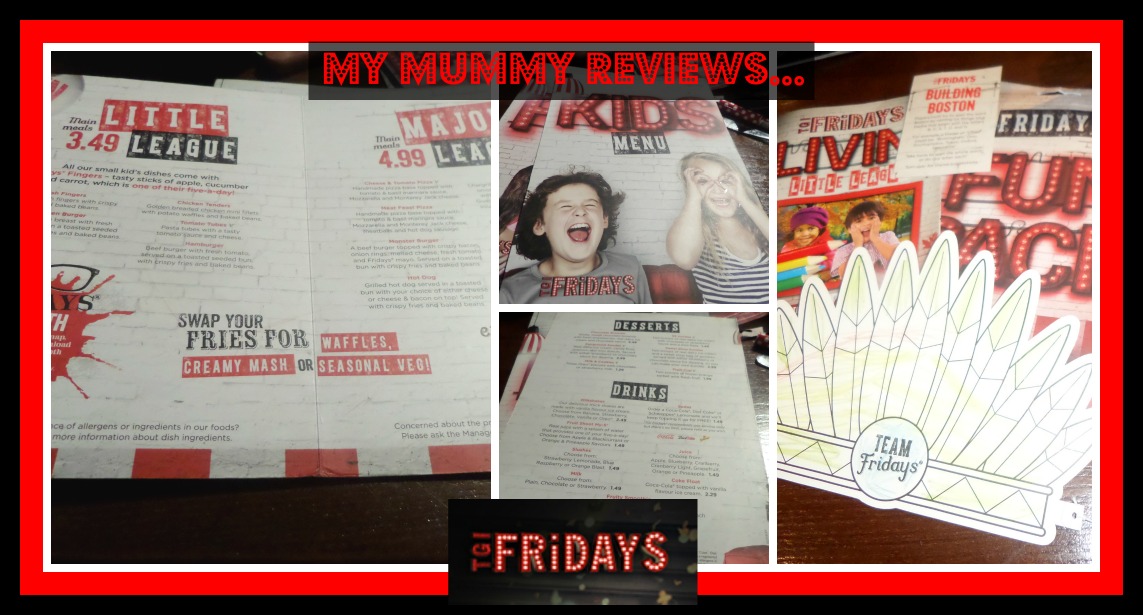 For mains we had to make some tough decisions! I couldn’t decide if I wanted the steak or a burger. Dad was encouraging me to go for the steak for a change but I was too taken with the idea of the French Dip burger (Caramelized onions, melted Swiss cheese and garlic mayo) so I went for that, decision made! I actually had that the last time we went to TGI Fridays but as it was so delicious back in December I thought I may as well have it again as I already knew I liked it. 🙂

My burger came with a little bowl of rich beef sauce to pour over my burger and I also asked for a bowl of sour cream so I could dip my chips in it.  The burger comes with standard potato chips or for a bit of extra money you can swap to sweet potato fries, which is what I did. Best decision ever! The Sweet potato fries are amazing. Sweet, crispy, melt-in-you-mouth delicious! You have to try them! My burger was cooked to perfection and the brioche bun that it was served in was really tasty.  I really enjoyed my meal and am pleased I went for the same as last time as it was just as good the second time round. 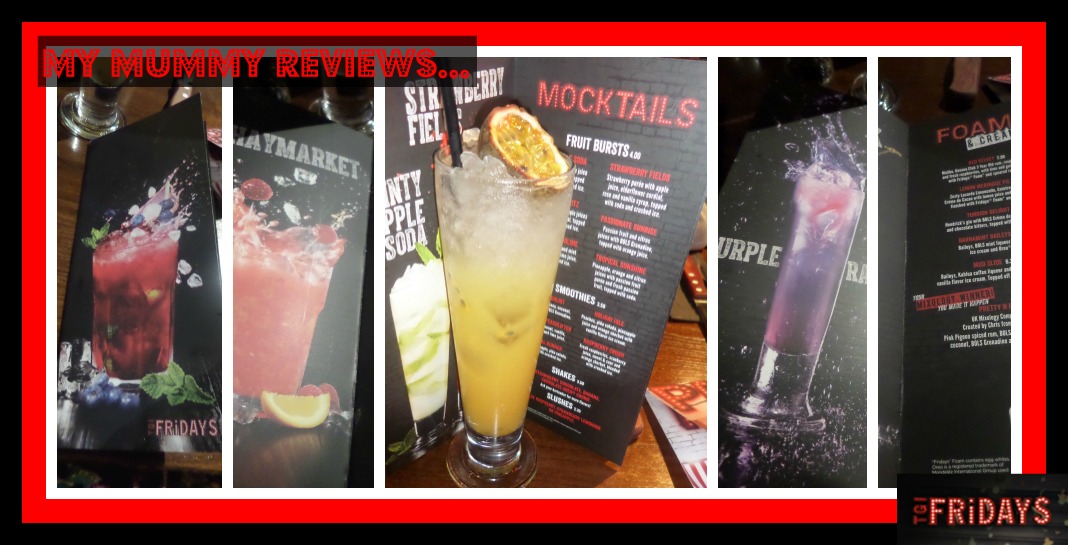 My dad chose to have the Cajun Cream Chicken Pasta which was penne pasta in a creamy Cajun sauce with fresh tomatoes, spring onions and peppers, topped with a Cajun-spiced chicken breast and Regato cheese. They either serve nibble size or feast size and my Dad chose the feast size. The plate of pasta was huge and it not only looked appetising but tasted great as well. It wasn’t spicy hot, more spicy flavoursome. My dad really enjoyed it and as an accompaniment he had also ordered some Loaded Fries. He couldn’t really manage to eat everything that he had ordered as the meals were so generous but he told me that he had really loved the food.

My daughter chose her main meal from the kid’s Major League menu and she went for Meatball Penne which was penne pasta and beef meatballs tossed in a tomato & basil marinara sauce and topped with grated Monterey Jack cheese. Served with garlic bread. Her portion was again very generous and she really loved the taste of it. Whilst she was waiting for her food she enjoyed playing with the kid’s activity sheet and colouring pencils that were in the Kid’s Fun Pack that the staff had given her when we had arrived. Also, whilst we were waiting for the meals a member of staff brought my daughter over a pink balloon animal in the shape of a poodle! She was delighted. Sadly I forgot to get a picture of it …but it was fab! 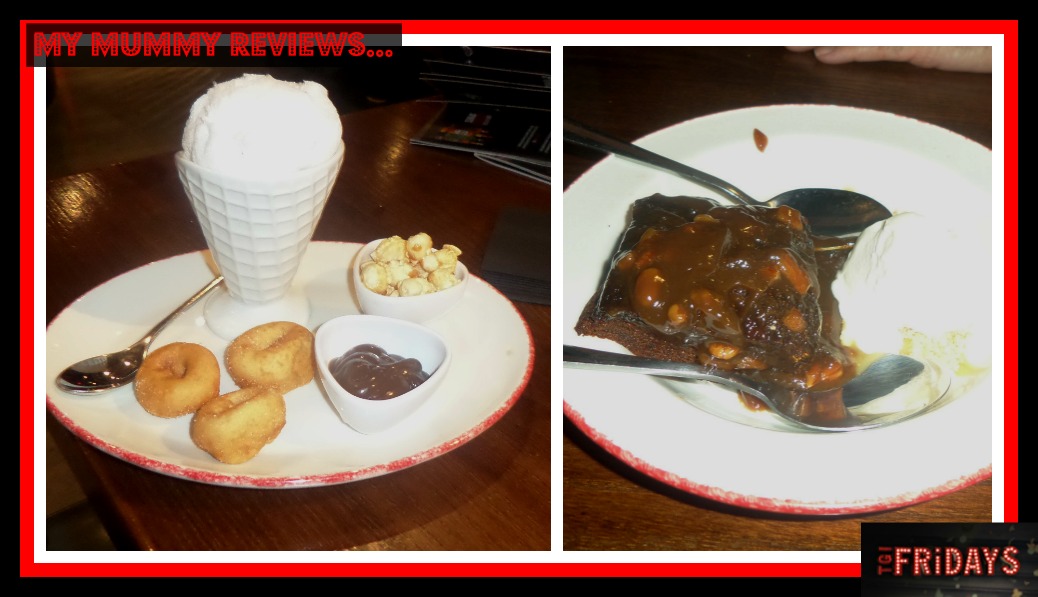 When it came to dessert we were all full up but we didn’t want to leave the restaurant without having had a dessert to photograph for my review so I urged my dad to take his pick from the desserts menu. There was a lot of things to choose from , ice cream sundaes, brownies etc but my dad liked the sound of the Pecan Bourbon Pudding which was a rich and dark sticky toffee sponge, with pecan & bourbon sauce. Served with real dairy ice cream. The waitress knew I might nick a bit of my dad’s dessert before he started eating it so she kindly bought us two spoons with the pudding so I could do just that! It was the perfect pudding…it tasted as good as it sounds.

My daughter had lots of different desserts to choose from on the kids menu and in the end she decided to have the Fairground Sundae which was real dairy ice cream, candy floss, popcorn and mini donuts. Served with either strawberry or chocolate sauce for dipping. Her little face when it arrived was a picture! I don’t think any of us had ever seen candyfloss on top of ice cream before but it looked fantastic 🙂 This was a dessert I don’t think she’ll forget in a hurry! 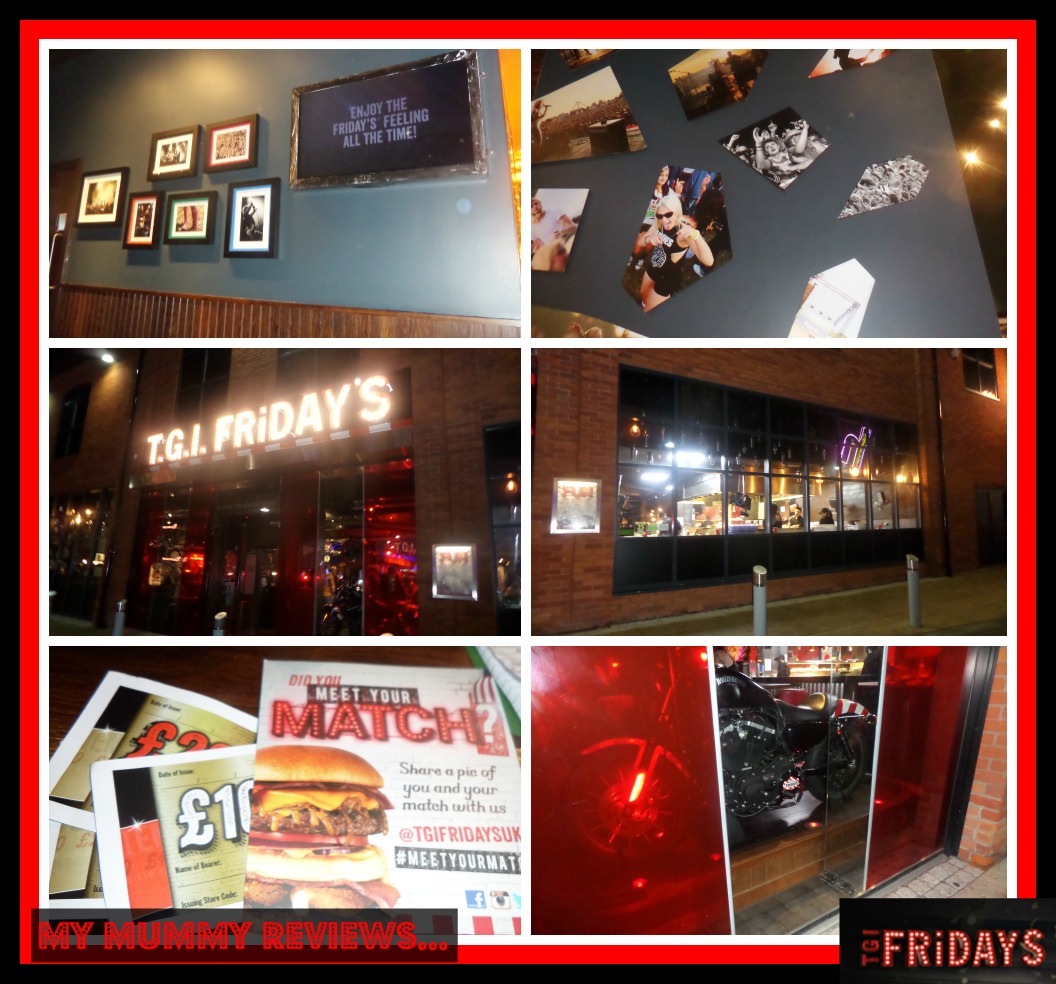 Once we had all finished our meals we asked for the bill and in total it came to just over £65 and so after using my £50 voucher I paid the remaining £15 something.

The staff were all happy people, the atmosphere in TGI Fridays was fun and lively and everyone dining in the restaurant was enjoying themselves. I would have loved to have taken more photos of the beautiful decor for you but I wouldn’t dream of snapping pics whilst people are on an evening out, eating their meals,

The music is loud, the staff are friendly and the place is buzzing with life! It is family-friendly and you are made to feel welcome from the moment you walk in the door.

I highly recommend TGI Fridays Norwich to you all. 🙂 It is located at the Riverside Leisure Center, close to the Odeon cinema. You can see all the details and directions here.

If you are reading this but don’t live in Norfolk then don’t despair…there are TGI Fridays everywhere! 😀 This link will show you where your nearest restaurant is.

You can keep up to date with the latest news and offers from TGI Fridays by following them on social media. They can be found on Facebook, twitter and Instagram.

Thanks so much for reading my restaurant review.