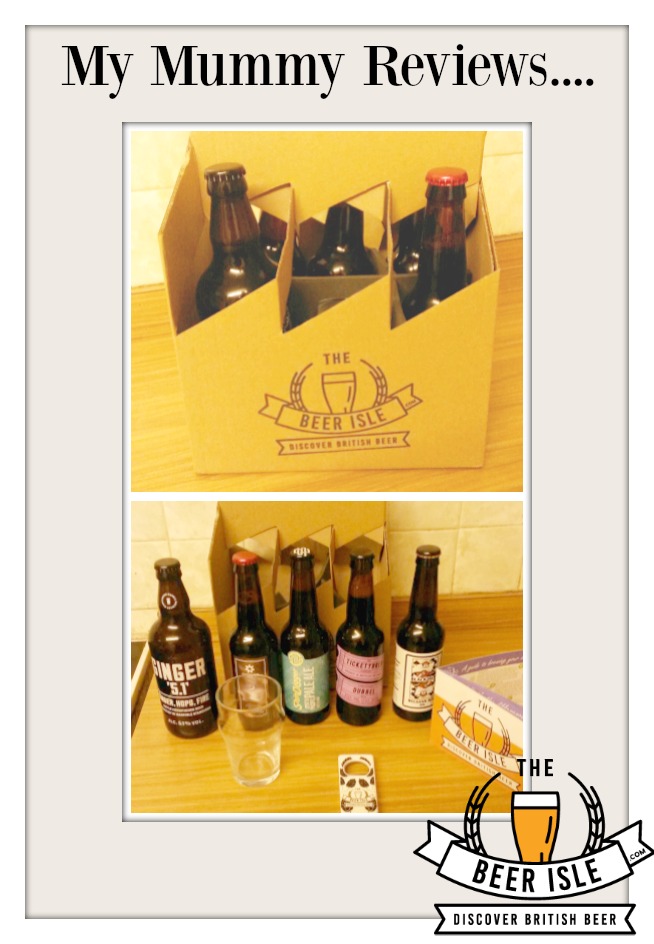 I found out about The Beer Isle on twitter as I saw one of their tweets one day. I was cheeky and asked if they would like to be reviewed on my blog and I’m pleased to say they did!  🙂 My brother loves his craft ales so I knew he would very happily help me out by reviewing the beers for me.

The Beer Isle offers a beer subscription service and each month they post you out 12 beers from Independent micro breweries from around Britain. Each monthly beer selection is from microbreweries from a certain part of the country. So with a yearly subscription you could have a beer from 12 parts of the country without ever having to leave your comfy sofa. Can’t be bad! 🙂 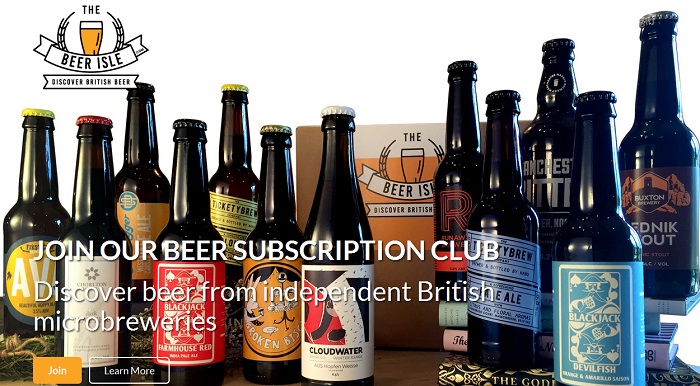 They posted my brother a selection of 5 bottles of beer to try out and they arrived in a branded ‘The Beer Isle’ cardboard beer carrier which was packed inside a cardboard box. He said they were packaged well and he was pleased when all 5 beers arrived safe and sound on his doorstep.

The beers he was sent were from the following Manchester microbreweries :

They are all craft beers / ales from small breweries within Manchester and my brother had never tried any of them before so he was pleased to be given the opportunity.  The beers came with an accompanying leaflet compiled by ‘The Beer Isle’ that told him all about the beers and he told me that he thought the leaflet was really interesting and it even taught him some things about real ale that he didn’t know. 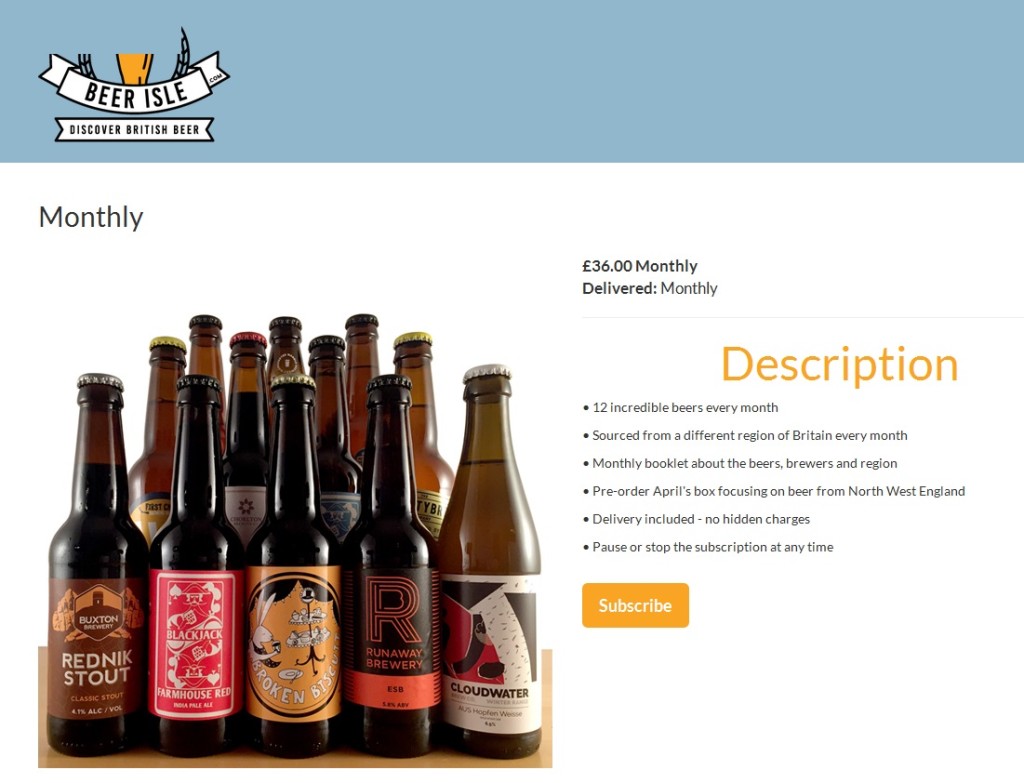 Along with the bottled beers and the leaflet there was also a bottle opener and a beer glass. We both think this was a great touch as it really added to the ‘gift’ value of the set. (I don’t believe you get this in a normal monthly subscription  – only in a special gift set that they sometimes sell during certain times of the year).

Now I have no idea about beers and what they should or shouldn’t taste like – my brother on the other hand does… and he was very impressed and said they tasted natural and he could really tell that they were brewed in small breweries and not mass produced.  He was most surprised by the Ginger 5.1 beer as he said it didn’t taste gingery like ginger beer like he had expected it would.  I don’t now if he had a favourite beer or not but I do know he loved all of them and he had no complaints to tell me about. I can promise you that if he did he would have told his big sister! 😀

There is no doubt about the fact that this is his kind of gift so for that reason may I please say a big Thank You to The Beer Isle for kindly sending this beer gift set to him. I love being able to get my family products to review that I know they will really appreciate and your gift was very much welcomed.  🙂

I really do think that  a Beer Isle subscription would make a great gift for anyone that loves to try craft ales as it will give them something to look forward to as it will be posted to them each month plus they will learn new things about the beers they drink and they will broaden their knowledge of microbreweries around Britain and the beer they produce. 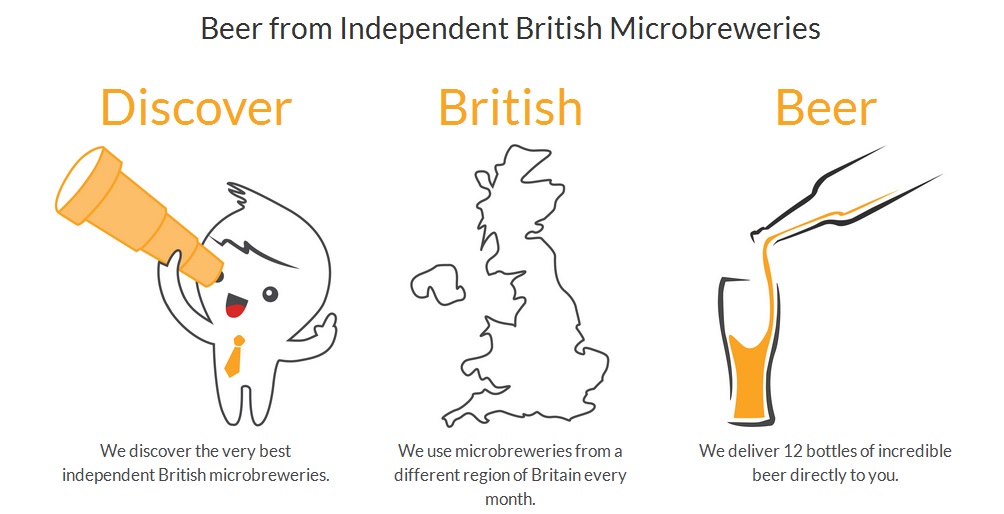 To place an order or to gift a Beer Subscription please visit www.thebeerisle.com

There is also an option to try a Taster Box of 3 beers and this is just £6. Once you have received this Taster Box you can cancel your ongoing monthly subscription of £36 a month for 12 beers or instead you can continue on with it.

*Please drink responsibly and only purchase a beer subscription for someone who is over 18 years old.