Bingo: A history of the UK’s fascination with the popular game 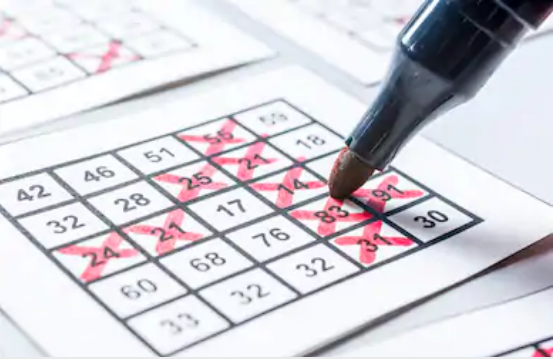 Today I am bringing you a sponsored post about Bingo. I don’t know about you but I am a huge fan of the game! I’ve never really won big but here’s hoping my luck changes one day. 🙂 I love the suspense and the excitement of waiting for your last couple of numbers to be called. The best thing is that nowadays you don’t even need to leave your house to play bingo as you can do it online – that’s definitely a bonus in this cold weather! You can get cosy on the couch, laptop on your knee and a hot chocolate in your hand and you can start playing bingo with fellow fans online. It is a form of gambling though so make sure to only play with what you can afford, but nowadays you can buy tickets from as little as 1p so £10 could last you ages! I hope you enjoy this interesting post by PaddyPower about the history of bingo.

Ever since its adoption into the United Kingdom in the 1600’s, bingo has been enjoyed by players from all walks of life and has continued to evolve through various cultures and society. Although it’s widely agreed that bingo was first played in the UK in 1838, the historical element can be traced back three centuries previous. Upper classes would often enjoy lottery-style games whereas the lower classes would typically enjoy their own version, often playing in pubs. Although it’s far from how we know bingo presently, its origins stem back centuries and the evolution the game has made it one of the most popular past times in the UK.

Bingo and other lottery-style games started to become more and more popular throughout the mid 1600’s. The lower classes would often turn to such games to escape the grim realities of everyday life, which enhanced its reputation amongst said classes. However, bingo was catapulted into the limelight more so by women than men. Dating back to the 1700’s, bingo was tailored more so to how we recognise it today although it was played with dice. At this point, thousands of people throughout the UK were playing number-style games and despite laws being introduced to curb women playing the game (banning working women from dice games), loop holes were discovered with the introduction of numbered wheels over dice.

Throughout the 20th century, modern day bingo really started to take shape and it’s not much different from the format that is played presently. From the early 1900’s, bingo was not only played by UK residents but it became massively popular across naval ships. Sailors and other seamen are credited with the adaption of solid rules, due to the sheer number of players that were participating at the time. The upper classes demonstrated a continued love and enjoyment of the game and the UK was beginning to get gripped with 20th century bingo fever.

The interest in bingo boomed so much that halls and other venues were built all over the UK, giving players from across the country a chance to play at designated locations. Operators work at each bingo hall and would offer a variety of games and prizes on offer for players, with local and national games available. However, during the late 1980’s and 1990’s, interest in bingo began to decline with an estimated 200 halls closing down. Perhaps an uprising in other sports and advancements in technology steered players’ attentions away, but as the internet rose to prominence, bingo was thrust back into the limelight once again. The online scene has generated a vested interest amongst players in the UK, with the usability and access to bingo now easier than ever. Online, players can typically win larger sums of money than at bingo halls and there’s also a variety of similar games for players to enjoy. Popularity amongst playing bingo online is expected to rise throughout the UK over the coming years, with a whole host of gambling firms and games websites now available for users to opt for. Check out Paddy Power for their latest offerings: bingo.paddypower.com/games/