Today I am bringing you a sponsored post about the Royal Baby and the traditions that Prince Harry and Meghan have or will break when they have their first child very soon.  I have a real soft spot for this couple and I love that they do so much for charity.

Just recently they started their own Instagram account and they have dedicated many posts to talking about small charities which has then created a lot of interest from Instagrammers which is great news for the charities involved.  They also managed to gain a Guinness world record for the fastest time to gain one million followers on Instagram….5 hrs 45 min!

I wonder what they will call their new baby? The team over at Betfair have a list of names that you can bet on but remember to only bet what you can afford. The link is in the article below, take a look and see if your suggestion is on there. I have just seen that my sister’s middle name is on there and so is my brother’s first name. I wonder if the Royal Couple will choose one of the names people are betting on? It’s exciting waiting to find out. 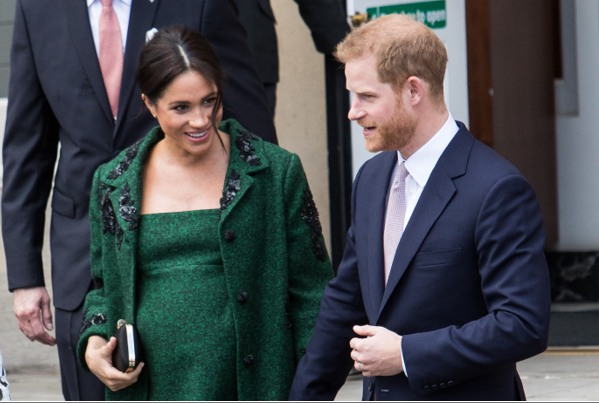 The world is eagerly awaiting the arrival of Baby Sussex but it appears as more and more is revealed; Prince Harry and Meghan are doing their own thing and are gearing away from royal tradition. Here we will take a look at some of the traditions and what it is believed the Duke and Duchess of Sussex are doing instead. But in the meantime, check out all the Royal Baby betting odds with these special markets: https://www.betfair.com/exchange/plus/special-bets/market/1.149625939.

Baby showers are very traditional to Americans, so it’s probably no real surprise that Meghan travelled back to New York to celebrate with her close friends and family. However, it’s not customary for Brits to celebrate in this way, particularly within the royal family, where gifts are given after the birth. While nothing was ever confirmed during the Duchess of Cambridge’s pregnancies, it’s likely that any gatherings were private affairs, with her sister and closest friends.

Home births were previously royal tradition, with Queen Elizabeth II giving birth to her children at home. It was Diana, Princess of Wales, who bucked the trend and gave birth to both Princes William and Harry in the Lindo Wing at St. Mary’s Hospital. Kate, the Duchess of Cambridge followed suit and famously gave birth to George, Charlotte and Louis in the exclusive £7,500-a-night suite.

A home birth is the preference for Meghan, who has also declined using the Queen’s household gynaecologists in favour of her own midwives. The couple have also been reading up on natural techniques and yoga-obsessed Meghan could even opt for hypnobirthing. A friend of Prince Harry revealed: “Obviously Meg’s into all the homeopathy, so none of us were shocked when we found out she’d been talking about a water birth,” and added, “It’s the next logical step from all her yoga, meditation and so on.”

Traditionally, the Queen is first to know when a royal baby is born and an easel at Buckingham Palace announces the birth. Usually the details just let the public know the gender of the baby and the time of birth, with a line to say that mum and baby are doing well. Both Diana and Kate also proudly posed outside the famous maternity ward’s entrance, announcing their new arrivals to the world.

However, Buckingham Palace have announced the couple’s plans to skip the famous photo opportunity and it’s believed they will release photos of their new-born in their own time, likely to be days after the birth. The photo call will also take place at Windsor Castle, in their new home of Frogmore Cottage, after the couple revealed they’d like to settle-in together and celebrate as a family first. Now that the couple have a joint Instagram, it really wouldn’t be surprising if they announced it on there – it is 2019, after all.

It was previously reported that the Duchess of Sussex wasn’t keen on having a nanny, with her mother, Doria, going to have her own private room at Frogmore Cottage to be on hand to help out. But it’s now believed that Meghan favours an American nanny over a Brit and is even toying with the idea of a manny (male nanny) – which would be a first in the royal family.

The Royal family generally favour bilingual nannies, with the Duke and Duchess of Cambridge hiring Spanish nanny, Maria Teresa Borrallo, to help out with their three children.